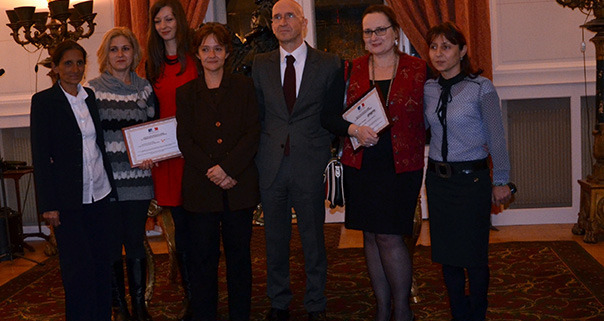 Network for preventing and combating violence against women is an informal structure, without legal personality, which brings together a total of 15 organizations active in promoting women’s rights, the protection of victims of gender violence and the fight against discrimination based on gender. It aims to introduce emergency protective order, to advocacate and harmonize legislation, to promote education programs for domestic abusers,to develop information and awareness campaigns etc.

The campaign to introduce emergency protection order aims to amending the legislation (Law 25/2012), so emergency protection order can be issued within 24 or 48 hours by a judge specially appointed for this responsibility, which can judge the severity and degree of danger of the situation based on a request from the police, the victim or the prosecutor. Emergency Protective Order is provisional and must be valid until the issuance of other legal protections.

THE CAMPAIGN FOR THE INTRODUCTION OF EMERGENCY PROTECTION ORDER PROGRAM

November 25 – The launch of the new TRANSCENA website
November 26 – Sending letters to CSM and Prosecutor
December 2 – Debate “Women victims as beneficiaries of social services”, Department of Sociology and Social Work, boardroom, 14.00, invited: Claudia Badica and Catherine Avarvarei from Sensiblu Center
December 3 – Debate “The impact of public policies on violence against women”, National School of Political Science and Public Administration, Bd. Exhibition, no. 30A, Sector 1, multipurpose hall, 14.00, organized by the FILIA Centre and Transcena
December 4 – Memorial to victims of domestic violence, organized at the Hebrew Theatre
December 5 – Memorial to victims of domestic violence, organized at the Odeon Theatre, the Small Theatre and the National Theatre Bulandra
December 8 – Roundtable to launch studies related to the protection order
December 9 – Roundtable to launch studies of domestic violence costs
December 9 – Debate on Domestic Violence at the University of Bucharest, Faculty of Journalism (location: Faculty of Mathematics, IVth floor), organized by FRONT Association and FILIA Centre. 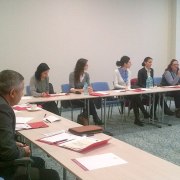 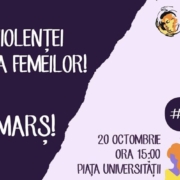 Network for preventing and combating violence against women
Scroll to top